So, ladies and gentlemen, the information war against Ukraine is ongoing, including being waged from within our own country, through information platforms I’d rather not even call “media outlets”. And as you understand from the headline, we will now talk about the Strana.UA, a source once again reaffirming its anti-Ukrainian status, as well as poor qualification of its staff.

Yesterday, in the late hours of Tuesday, August 27, Strana published an article titled “Drunk, greedy and lazy. An American colonel called the Ukrainian military the main issue at the Yavoriv Training Center,” which allegedly referred to the blog of U.S. Army Colonel Robert Tracy, chief of the Joint Multinational Training Group – Ukraine (JMTG-U), revealing terrible and unpleasant details about the Ukrainian military.

Of course, shock was the initial reaction to the report on intoxication issues in the ranks of the Armed Forces, laziness and terrifying corruption. But this report is aimed at unprepared, average readers, often too lazy to double-check the data absorbed, but if should just dig a little deeper…

Firstly, the blog by “Lieutenant Colonel Casey” is overloaded with clear narratives that Russian propaganda has been channeling since 2014 through both its internal and external informational platforms, affiliated with Moscow. At the same time, the text published in the blog is full of phrases typical for the Russian language, literally translated into English… Who knows, maybe this is just a consequence of Casey’s prolonged stay among the Slavs? But the real reason is as follows

According to information available about the “lieutenant colonel’s” blog, it was created in August 2019, and before a yesterday’s repost by Strana.UA, it had only a couple of visitors. 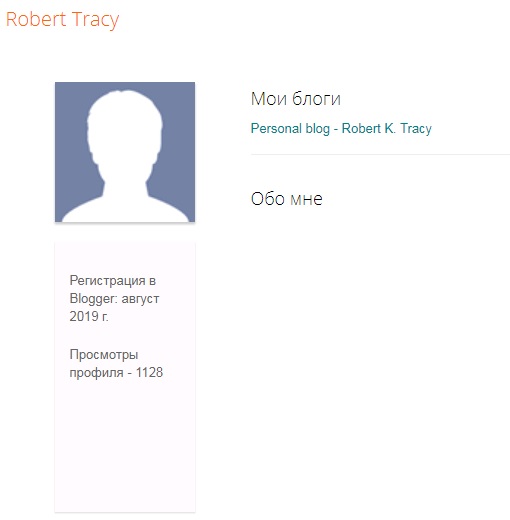 That is, it turns out that a blog recently created on a platform, which is now widespread in Ukraine, suddenly attracts attention of Strana’s “journalists” (perhaps they were those very few visitors who checked out the blog). Without any verification of the blog’s authenticity and its affiliation with an actual person, Strana moves to repost the piece. Seriously!?

Anyway, here’s what we call a classic information operation, aimed at discrediting the Ukrainian military. It has been carried out according to the following scheme.

This month, a blog was created on an information platform not widely known in Ukraine, posing as the one managed by an actual person it is attributed to. On August 23, an entry is published, which was obviously originally written in Russian and clumsily translated into English. Facing a dilemma over the information flow of Ukraine’s Independence Day (August 24) which would have drowned the entry into oblivion, the masteminds behind the operation decided to postpone the repost on Strana.UA until Tuesday, aiming to have the material further republished on other sites by Wednesday, which is more lively day compared to the first working day of the week.

And so it happened. Within moments from the publication on Strana.UA, the piece was picked up by all sorts of second-rate sites, such as Mediarepost, etc. I am sure that in the afternoon the wave will gain additional momentum, including coverage by Russian national-wide media outlets. 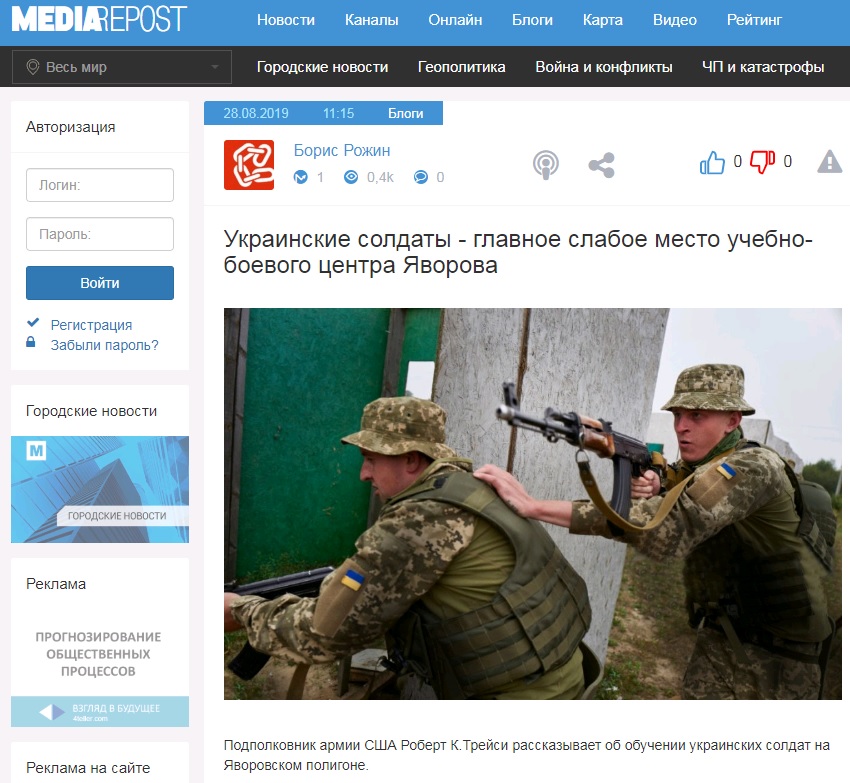 At the same time, the fake piece remains what it is – a fake, easy to debunk by the most primitive fact chacking effort. But, most importantly, it was based on a real-life person and all that is needed in this context to bury this cheap and worthless information operation is a comment by an actual Lieutenant Colonel Robert Tracy.

Pandemic of the crisis of power in Russia

The most serious challenge for the Russian elite since Putin's autocracy has risked the collapse of the entire architecture of power built...

For Putin his own image matters more," Bozhok noted "Russia helps everyone but Russians, who are the first one Kremlin should care about...

Introduction In the contemporary period, the Coronavirus has been spread in more than 180 countries around the world and as of March 23,...

An interesting informational wave is now on the rise across Russia’s hybrid media, namely, an unprecedented stir regarding Russia’s...

Emergency braking of the world economy against the background of rapid spread of coronavirus around the world, collapse of quotations and...